Growing up in the ‘70’s and ‘80’s, I associated Milk Glass as granny-glass. Images of little old ladies sipping tea at lace covered tables adorned with flower filled white vases, clouded my “oh-so-chic” teenage mind. I mean come on, I was stylin’ in my totally rad neon legwarmers and aqua-net hair, and I knew what was “in” and what wasn’t! I admit my judgment for truly tasteful items was quite flawed back in the day, but I have thankfully formed an adult appreciation for this marvelous milk glass! Let’s talk a little about the history of Milk Glass. Milk glass originated around the 16th century in Venice, Italy. The glass of that time came in many colors. By the 19th century, glass makers referred to it as opaque glass. It was considered a high class, luxury item and became very popular among the elite in French society. 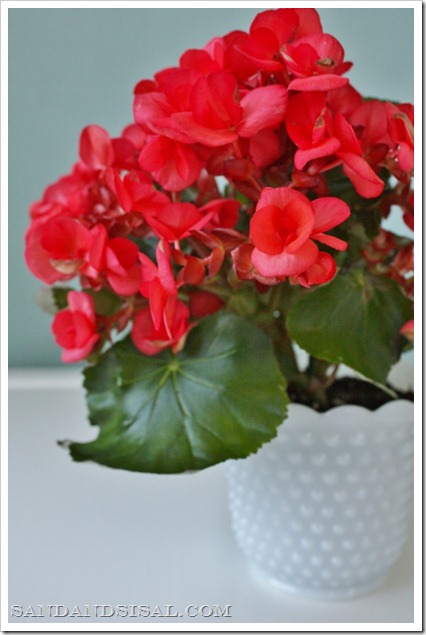 The American Gilded Age of the 20th century held some of the best made milk glass ever. Wealthy Americans displayed their delicate milk glass as a stylish symbol of stature. By the 1930’s up to the 1960’s, milk glass became common place, mass produced, and lost it’s refined appeal. Milk Glass from the 50’s- 60’s era can be often considered less valuable, but war time pieces and those that precede it hold the highest values. 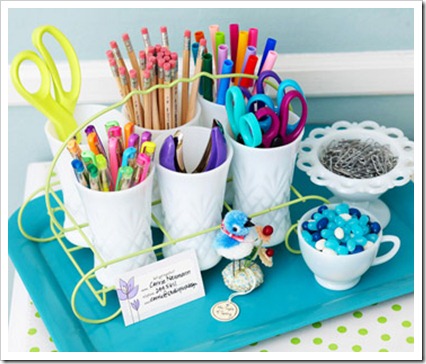 Not all milk glass is white! Some colors of milk glass you might run across today are white, pink, blue, green, brown, and black. Determining the time era from which a piece might have come is quite difficult for the average collector, because not all pieces have identifying markings. Some popular manufacturers of the past were Westmorland, Dunbar, Kanawha, Raymond Dereume, and Imperial Glass Companies. Fenton, Fostoria, and the Mosser Glass Company are current manufacturers.

Milk glass from the 1840’s was made with arsenic to give it a very opaque white color. This also made it opalescent. They sometimes used lead in the glass up until 1870. Those pieces will create a bell sound when struck. The most common additive, which gave the glass it’s milky hue is fluorite. Fluorite is florescent and will glow under ultraviolet light.  In the 1960’s the EPA banned the use of fluorite because of evidence of it leaking into the rivers and polluting our water systems. After this, production of milk glass obviously dropped off and manufactures had to find newer and safer methods to produce the glass. 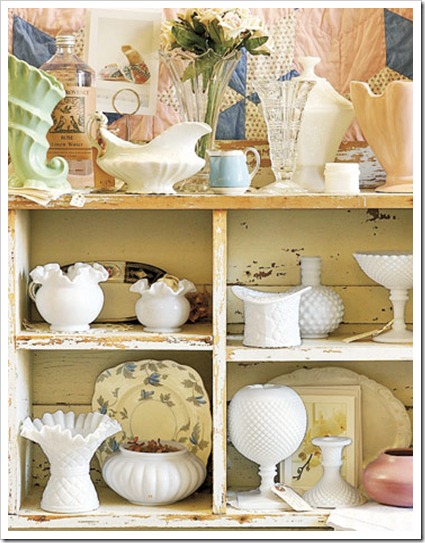 You can find milk glass at garage and estate sales, thrift stores, and maybe even your mother’s cupboards. Milk glass and milk glass look-a-likes are returning in popularity today. Their crisp white color and bumpy texture sets off simple floral arrangements and is a must have in shabby-chic or cottage décor. 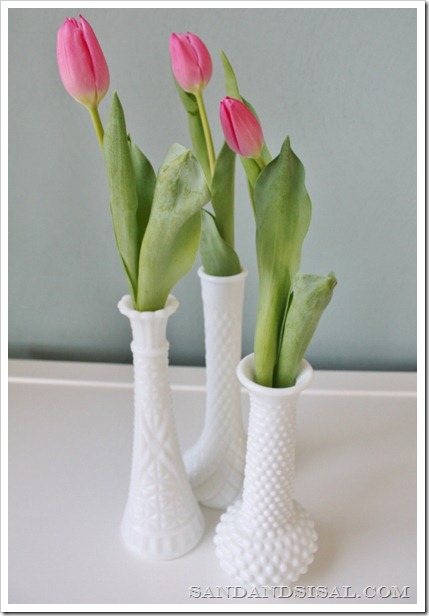 Do you love milk glass? Are you a collector? What pieces do you treasure?

« How to Install a Light Fixture
Pea and Moss Balls »