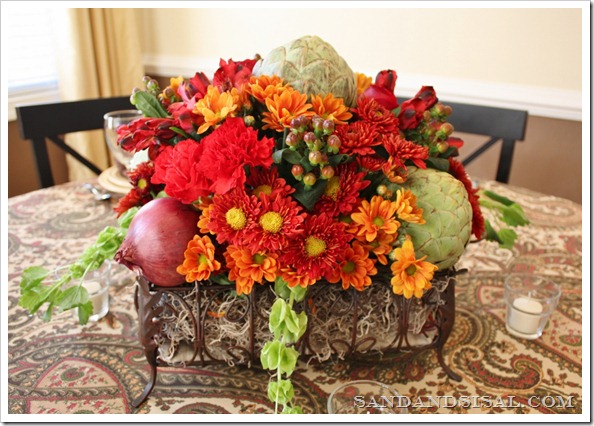 This year our Thanksgiving Centerpiece will combine beautiful fall flowers with artichokes and purple onions. Using edible items like fruits and vegetables are perfect for table decorations. The combination is especially appropriate during Thanksgiving, emphasizing the theme of celebrating the bounty of the harvest and giving thanks for the provisions we’ve been blessed with. 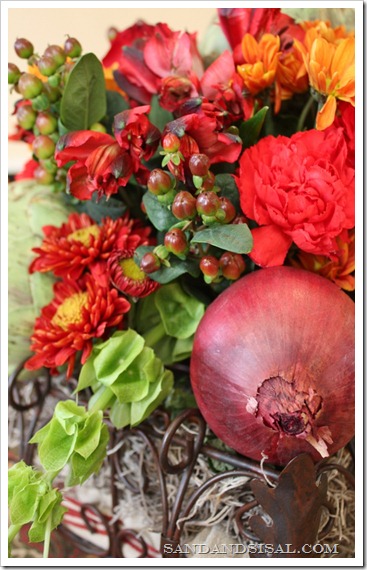 As much as I love tall arrangements, seeing my family and guests across the table is more important to me! So instead of a tall vase, I chose to use this thrift store find. It’s a Southern Living bronzed metal basket, which I usually use to keep fresh fruit in on my counter. It has a removable handle, which I removed, and inside the basket placed a folded dishtowel and a bread loaf pan. Inside the pan I placed a block of floral oasis foam, which was soaked in water. It’s amazing how much water it holds! 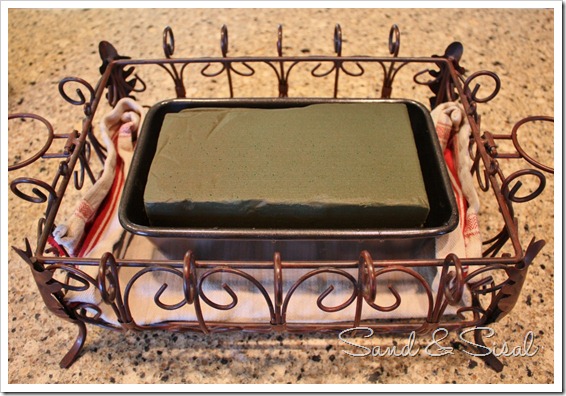 All the flowers were purchased at a grocery store. The arrangement is made out of:

The next part was adding the vegetables. This arrangement is based upon symmetry and repetition. The artichokes and onions are placed on opposite corners. 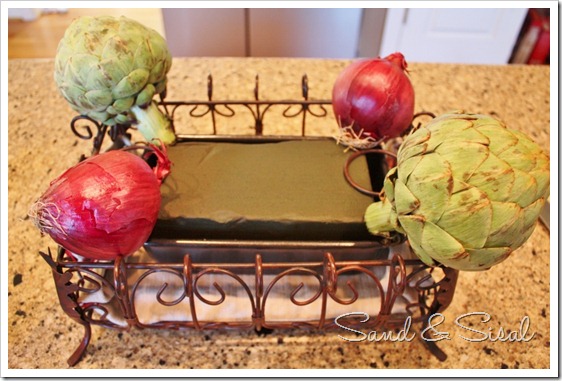 I realized I forgot to add Spanish Moss around the loaf pan to hide it. So add it before you add your vegetables. Four stems of Bells of Ireland were placed into the oasis and allowed to drape over the middle of each side. 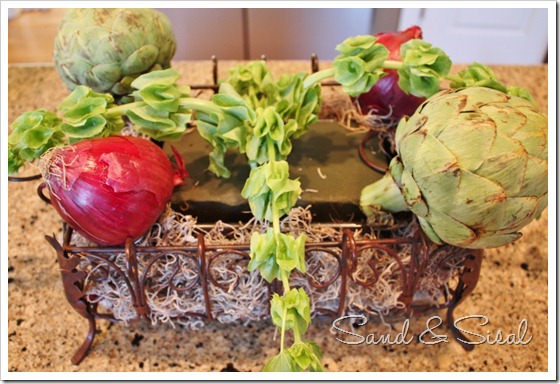 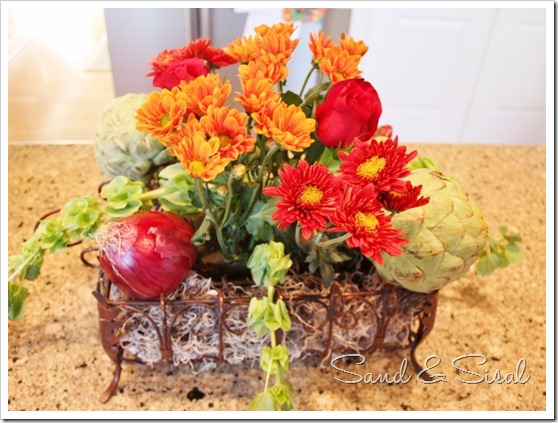 This was repeated on the right side of the artichokes with the orange daisies. The object is to take small bunches of the same type flowers and place them on opposite sides, and repeat until all gaps are filled. I finished the arrangement with the 3rd artichoke placed in the very center. It was skewered on a chopstick and set so it would be the highest point in the arrangement. 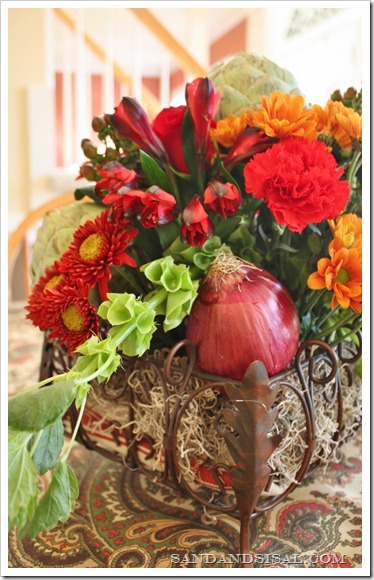 My favorite parts are the onions, artichokes and little hypericum berries. 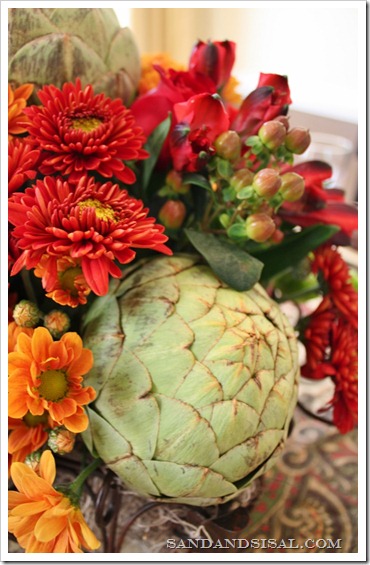 The Thanksgiving Centerpiece is lush and full and ready to be shown off! I love how it turned out! Flowers just make me smile and the best part about this centerpiece is that I’ll get to grill the artichokes later!