I perused the aisles of a local thrift store and came across two Mersman side tables. They looked to be in good condition and my guess was they were from the 1960-1970’s. I liked their clean lines and hardware and especially their caster feet, but best of all their price! All they needed was a little makeover. 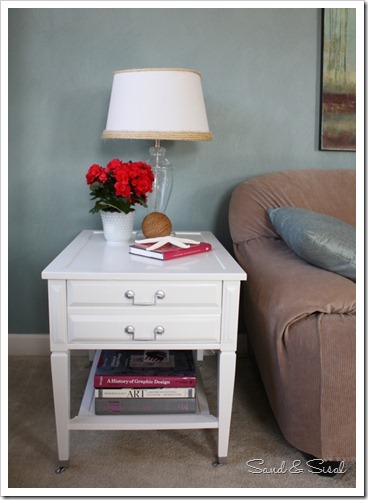 We used to live in a very small Cape Cod, and didn’t need much furniture, but now that we’ve upsized, I find we are sorely lacking in furniture. To make due with what we have, we were using very sad,  20 year old, spray painted TV trays as side tables. Hey, a girl’s gotta do what a girl’s gotta do! They definitely aren’t pretty, and were not very stable to say the least. These side tables have resided in the kids playroom, and with four kids, I did not want to invest too much money in furniture I knew would take a beating. I keep telling my self the table looks cuter with fresh flowers…. is it working?… hmmmm,  I didn’t think so….. 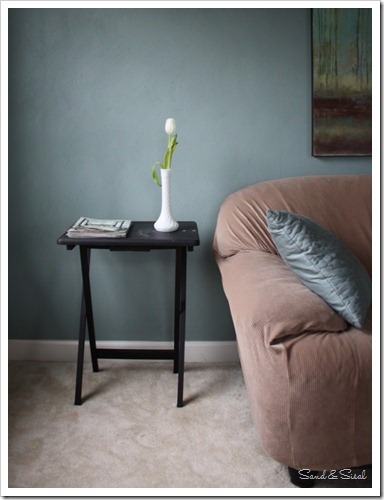 The tables came home and received a good scrub down. I should have taken pictures of the cleaning rags, but I wouldn’t want to upset your stomach. They were disgustingly filthy! Two hours after having them in the house, a strange odor wafted downstairs. A dirty little secret these ol’ tables were hiding from me was that they were the casualties of some second hand, chain-smoking owner. No amount of scrubbing was going to remove the 40+ years of nicotine permeated deep within the wood! I never noticed their smell at the thrift store, because, let’s be honest, don’t all thrift stores have an “old” smell to them? If you’re a thrifter, you know what I’m talking about. 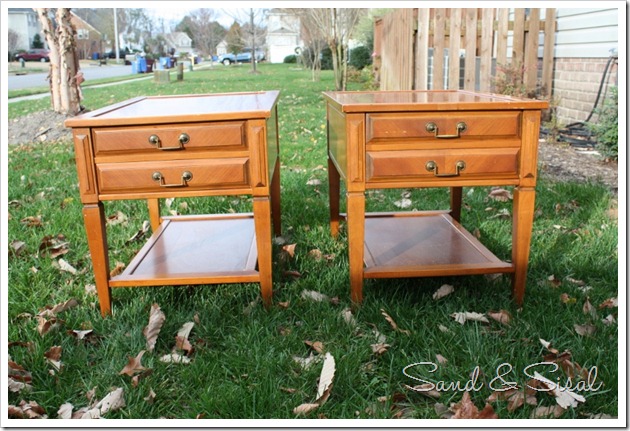 The manufacturer’s stamp was inside the drawers and under the table. I tried to do some research on what the numbers mean on the Mersman stamp, but all I could find was that it was one of their later models. The 100 year old American furniture company closed it’s doors in 1977 after producing millions of tables. Mersman was a brand seen in most American homes. 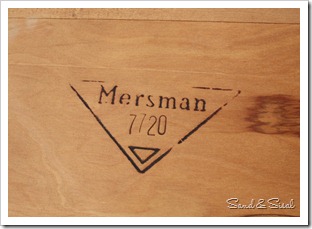 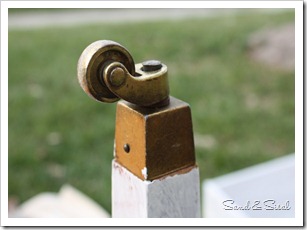 The hardware and casters are brass, but had truly seen better days. I could have polished them and I know some of you all will be horrified to see what I did to the hardware, but I love how they look after a quick spray of silver! 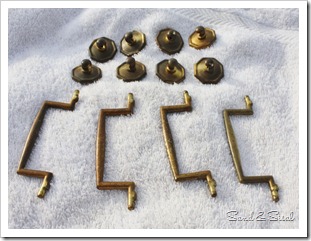 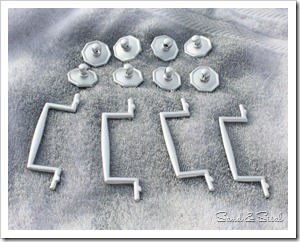 I did what all wise DIY-ers do and hired my teenager to sand the tables! She did a great job too! Money is a wonderful motivator with teens! After sanding and wiping the tables down well to remove an dust, we moved on to priming. Primer was the only solution to mask the smoke stench. The problem was that EVERY part, inside and out, needed to be primed to hide the smell. I hate priming and covering every square inch of two tables was not fun. After priming and drying, the tables received a light sanding to smooth out any roughness and drips. 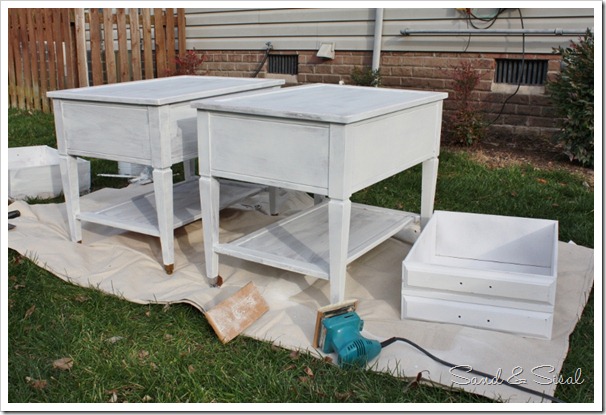 I applied two coats of white satin latex paint to the tables with a 2.5 in beveled edge paint brush. I added a latex extender to the paint also. The extender is also a flow/leveling additive which means, it helps reduces brush strokes and extends the paint’s workable time. You can pick up latex extender at any paint store. 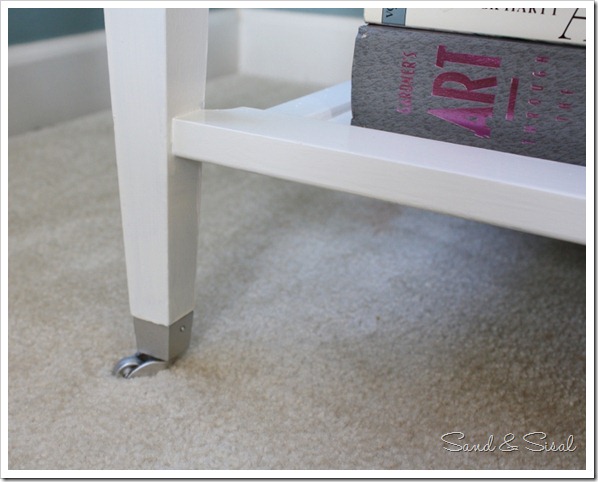 The “new” silver hardware looks so clean and bright against the white paint! I love it! 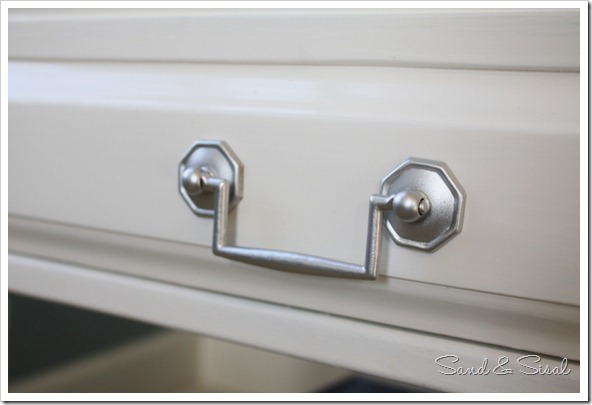 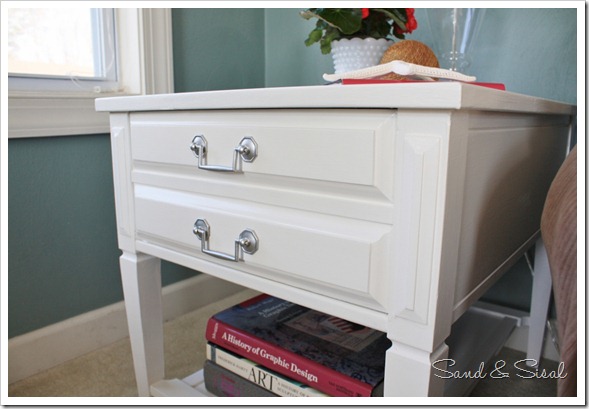 Now, that the side tables are looking all suave, the poor slipcovered couches look even more pathetic. Again, it’s just the kids’ playroom and whatever we replaced the couches with will have to be able to take some wear and tear! For now I’ll just focus my eyes on the pretty side table makeover! « Fresh Green Valentine’s Display
How to Make a Live Topiary »