The text came through from my husband at 7 am. “Look in the driveway.” Ok, it’s early and I haven’t even had my coffee yet, but I’ll play along. So I check out the window… nothing. I text back a few “???”. The faint sound of dogs barking and a lot of sirens in the distance seem to be closing in. I say a little prayer for whoever the sirens are assigned to help and head off to make my much needed coffee. The sirens stop and hub’s text comes through… “BRICKS, 2 BIG PALLETS SHOULD HAVE ARRIVED BY NOW”. Obviously the big truck from Home Depot with my bricks was late. We’re working on laying a brick patio and it’s been quite an arduous process. 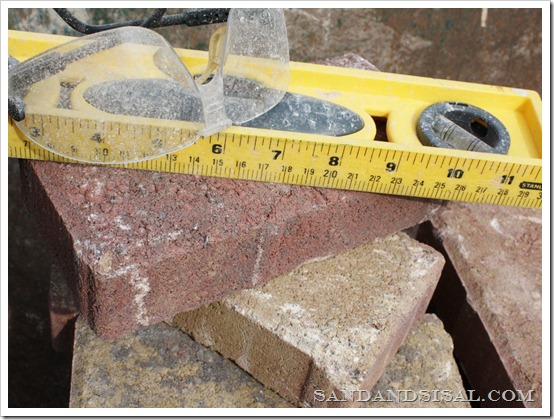 An hour passes and still no bricks. I get a call from hubs, “The truck with our bricks crashed and spilled the entire load, so he’ll be late.” The sirens! Oh no! Sure enough a while later, the huge Home Depot flat bed truck arrives with a rather frazzled and apologetic driver, and what was left of our two pallets of brick. He turned a corner to quickly I presume and the pallets shifted and went flying across an intersection a mile from our home. Thankfully no other cars were damaged and no one was hurt. (Note to self: Avoid being next to a large flatbed when they turn corners.) 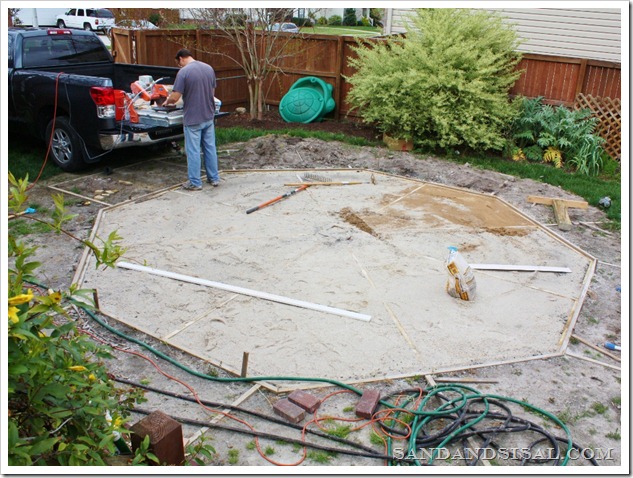 I’d love to give you all a tutorial on how to lay a brick patio, but we are complete novices at this. I’ll share with you what we’ve done, though I’m pretty sure we didn’t follow all the “rules”. We started leveling the ground where the patio would be in the back yard last fall. Dirt has been shifted, tilled, hauled, moved, raked, de-stoned, and smoothed over and over and over. I’m tired of dealing with dirt. Once the ground was prepared, my husband thought an octagonal shaped patio would look amazing. I agreed. The problem was how do you make a perfect octagon 16 feet in diameter? That requires math. Um, I’m an artist and we artists don’t do math. Our brains hurt when looking at numbers. Thankfully hubs is a math whiz and figured out all the correct angles. 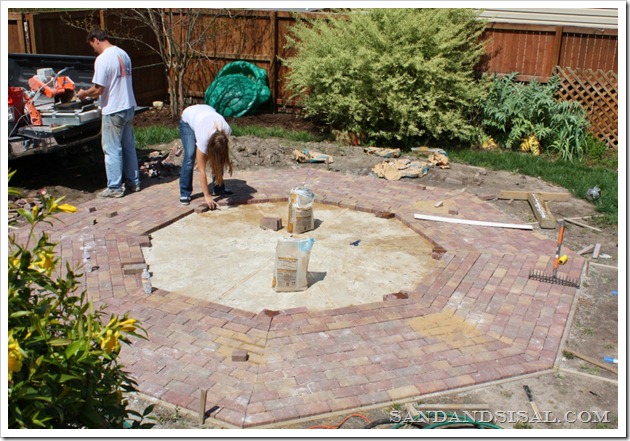 He laid pressure treated 2 x 4’s and formed the octagon. Then the dirt inside of the octagon was removed some, leveled, and topped with 4 inches of “crush and run” which is a small gravel. A few inches of sand topped the gravel and a vibrating machine compacted the whole area down. We started laying brick around the perimeter and used a wet saw to cut angles at the corners. That wet saw is a really neat tool but it scared me! I love my circular saw but the wet saw requires fingers to be closer to the blade than I’m comfortable with. My apologies to the hood who had to endure the sound of sawing bricks all weekend! 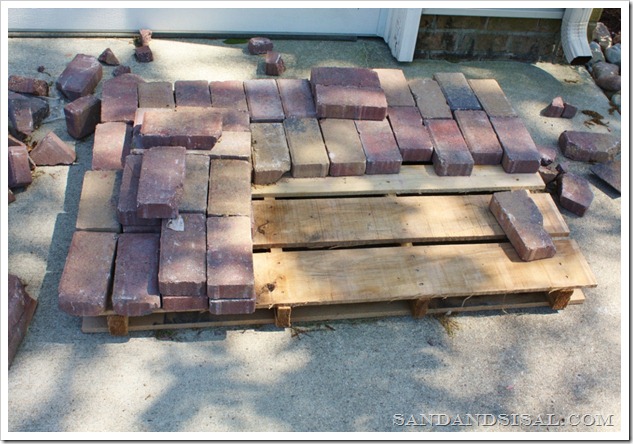 This is all that’s left of the bricks! We estimated the amount we needed pretty well, though many were damaged by the crash and couldn’t be used. Home Depot is refunding us for all the damaged bricks thankfully. 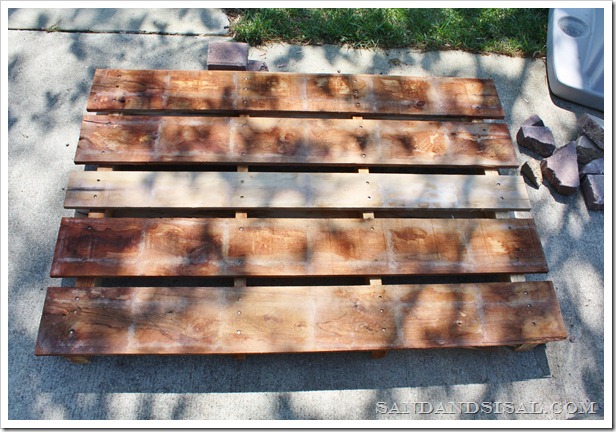 The kids all helped carry and lay the bricks which was a great help. Our fingers are raw and I’ve realized how out of shaped I am! My hamstrings and back ache like an old woman! (Second Note to Self: Start getting in shape ASAP!) I think what I am most excited about is not finally having the patio nearly complete but the two pallets I now have!! Yes, the wheels in my head are turning, thinking about all the pallet art I can create with these babies!

We still need to do the finishing touches to the patio which include adding a layer of sand over the bricks to lock them into place. Once it’s all cleaned up and completed I’ll show you the final result! I’m looking forward to a few chaise lounges and tables and the fire pit in the center with pretty, flower filled pots around the perimeter. Sounds lovely doesn’t it?

Check out my other DIY Projects tab up top.